Sail Away On The Luxurious New Riva Yacht

At a time when modernity and brawn reign supreme on the high seas, it’s a delight to discover that Riva continues to celebrate the romantic wooden rigs of yesteryear. 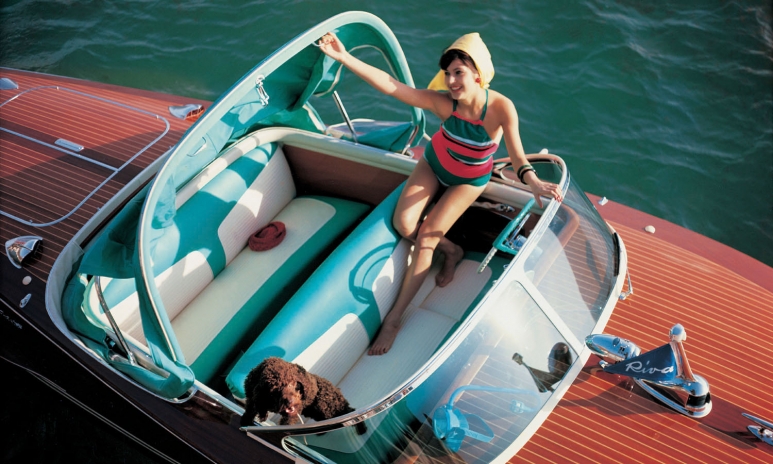 "Va bene, andiamo!" are the last words I hear. In two seconds flat I’m being rocketed across mercilessly choppy water and clinging to a leather panel for dear life as a fellow journalist flails about next to me like a fish out of water. The Italian sun beats down searingly on my bare skin as I consider what a foolish idea it was to sport an off-the-shoulder number. I squeeze my eyes shut as my neighbour continues to squeal. After what seems like an eternity but in reality may have been just 10 seconds, we are past the turbulent chop and entering a postcard-standard vista of idyllic, still water backed by breathtaking mountains. I unclench my body, recognising ideal conditions for draping myself languidly across opulently crafted mahogany like a broken-hearted 1950s movie star seeking refuge on a lake.

Absurd reveries, fashion faux pas and windswept mane aside, I should mention that we are here in northern Italy to witness the launch of the highly anticipated Rivamare and are in fact on a “sea trial” of the luxurious powerboat. This stylish tender from Riva is touted as a new icon in the making, and we are lucky enough to step aboard in Sarnico, home of the renowned brand’s shipyard and museum on the shores of Lake Iseo, for an outrageously picturesque afternoon.

The history and opulent designs of Riva boats, which today range from 27 to 68 feet long, stretch far back. The brand was established in 1842 by Pietro Riva, who repaired and built yachts on Lake Iseo’s shores. The thriving business passed through generations of Riva boys, setting impressive records along the way with its racing craft in the 1920s and ’30s. The helm was taken in the 1950s by Carlo Riva, who since childhood had borne a deep-seated curiosity and passion for the family business. By this time, the name Riva had become synonymous with nautical sophistication and glamour along with unrivalled levels of expertise and workmanship, a mix that attracted a loyal clientele of celebrities, aristocracy and prominent businessmen. Perhaps one of the best known of famous owners is Brigitte Bardot, who adored her 1959 Super Florida. 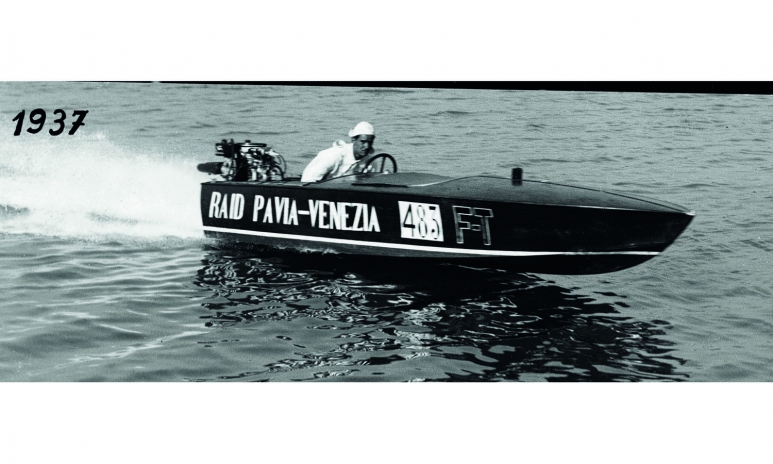 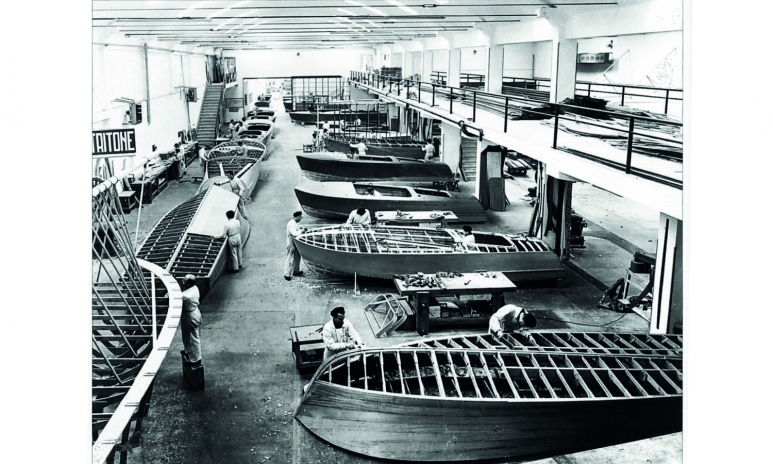 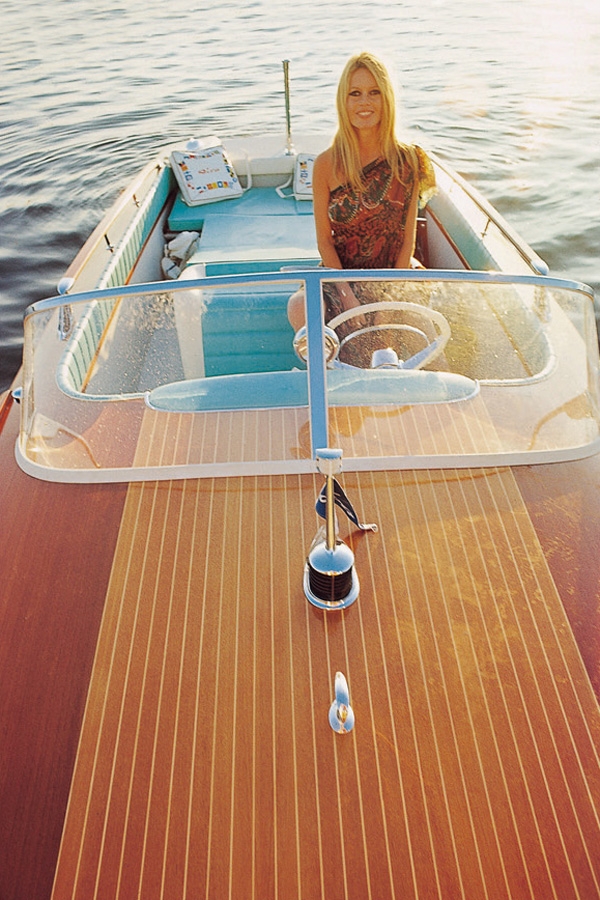 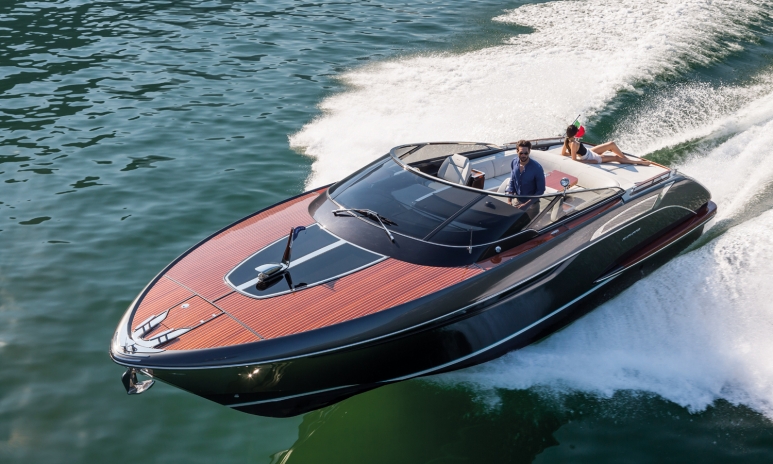 Only materials of the highest quality were deemed acceptable by l’Ingegnere (the Engineer), as Carlo was fondly called. He felt the profound significance of the wooden craft and stood by its unique, undeniably timeless design. His reign saw the release of the Ariston, dubbed his “Lord of the Sea” by Carlo himself, followed by the first twin-engine model, the Tritone. The Sebino was the first boat Carlo designed for mass production, while the Florida was named after its inspiration, the US state most closely linked with the sport of waterskiing at the time.

November 1962 saw the birth of an icon for the boating industry and the brand itself, the Aquarama, a successor to the Tritone, upon whose hull it was based. Since its presentation at the third Milan International Boat Show, the Aquarama has become a symbol of the brand’s joie de vivre and passion for the sun and sea. It was most memorable for its open sunbathing area at the back, central non-slip gangway and separate front seats. Its top speed was around the 50-knot mark and, at 26 feet, the Aquarama was comfortable yet compact enough for use as a runabout. A total of 768 Aquaramas were built. Some still crop up on the auction scene, though it is uncertain how many still exist.

The business finally fell out of Riva hands in 1989 and is today part of the Ferretti Group, which works tirelessly to release bigger, bolder designs on a regular basis.

Which brings us back to this magical day on the lake. The new Rivamare is a knockout and a perfect addition to the timeless fleet of Riva boats. The heir of two Riva legends—the Aquarama and the Aquariva Super—it perpetuates the romantic allure of its pedigree. The 39-foot speedboat was designed by Mauro Micheli and Sergio Beretta, who head Officina Italiana Design and are the sole designers for the entire Riva fleet. The sleek, supple lines make for an eye-catching silhouette. The angles of the keel and bow add to the seductive albeit sporty aesthetics. Mahogany panelling draws the eye to the fighter jet-inspired windscreen framed in stainless steel. At the centre of the deck is the iconic signal horn supported by a casing of chrome-plated aluminium alloy.

A pair of D6 400 DPH Volvo Penta diesel engines, each generating 400mhp (marine horsepower) at 3,500rpm, pushes the Rivamare to a cruising speed of 31 knots and a maximum speed of 40 knots. The docking functions make for seamless manoeuvrability in tight spaces, including a sideways-mooring option, and the innovative joystick system that controls the boat is easy to master.

The interior features a spacious living area, providing luxurious respite from the sun and spray from wind-whipped waters. You’ll find all the creature comforts of land, including a kitchen, bathroom with separate shower, and a living area at the bow that easily converts into a double bed. Move down to the stern and you will find the “beach area,” a large surface featuring a hatch with mahogany steps opening up to reveal ergonomic sun pads to lounge upon.

As I reluctantly disembark, we are told on the sly that there will be an exciting world launch held in Hong Kong early next year, which will no doubt unveil something exceptional. After all, nothing evokes la dolce vita more than a luxury boat, and no one does it better than Riva.

This article first appeared on hk.asiatatler.com