Singapore
Travel 5 Of The Most Romantic Spots In Croatia
share

5 Of The Most Romantic Spots In Croatia

Perfect for a Game of Thrones-inspired getaway.

Croatia has caught the eye of romantics around the world, and it's not hard to see why. The long, narrow nation traces the Adriatic Sea with 15th-century medieval towns, dramatic sunsets and more than 1,000 islands to explore. 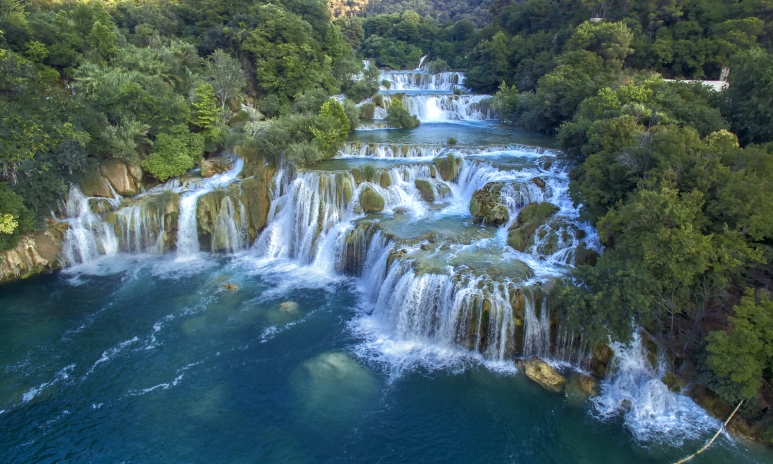 Part of the Balkans, the coastal country enjoys 12-hour summer days, crystal-clear water and fresh Dalmatian cuisine. Not familiar? Drawing influence from the nearby Mediterranean, most meals revolve around grilled fish and octopus, fresh oysters, homemade tagliatelle, olive oils and local wines from more than 300 regions.

The coastline is typically the main draw, though travelers will no doubt fall in love with the imposing Dinaric Alps and ancient fortresses nearby. Even if you’re not a Game of Thrones devotee, it’s impossible to resist a walk through one of the many historic film sets, such as the epic hillside Fortress of Klis or Diocletian’s Palace in Split.

Whether you’re passing through Croatia on a yacht or by car, these romantic stops will ensure an unforgettable trip. 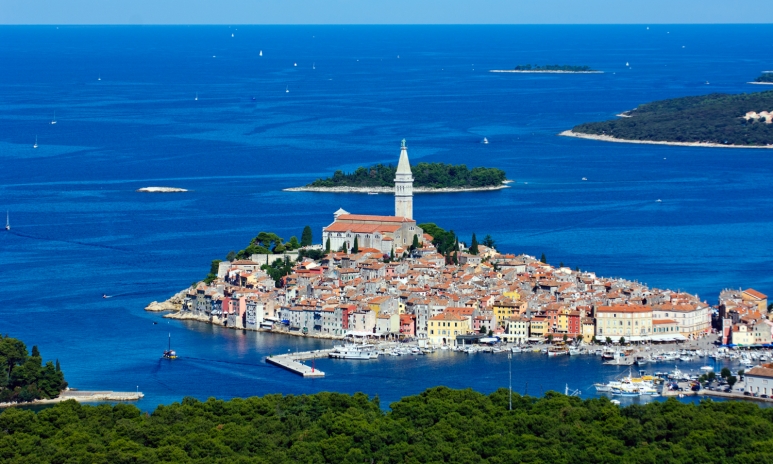 On the western edge of Croatia’s Istrian peninsula—just south of the Slovenian border—Rovinj is one of the most alluring destinations along the Adriatic coast. The quaint Old Town provides a posh getaway for yachters and international jetsetters looking for cliffside sun bathing and romantic dinners by the water.

Not to be missed is Puntulina Restaurant, a popular spot serving upscale Mediterranean cuisine, local wines and great atmosphere on the rocks—quite literally, built into a cliffside. Be sure to order truffle pasta: the Istria region is known for its black and white gems.

Where to stay? Right on the harbour, and two steps from Old Town, the design-savvy Hotel Adriatic is a contemporary vision. Inside, it’s all edgy black paint and modern accessories. Outside? A century-old heritage facade and alfresco bar.

Across the harbour, near the beaches of the Golden Cape (a pristine peninsula), there’s the stylish Hotel Monte Mulini and its trendy Mulini Beach Bar—the place to see and be seen come summertime. 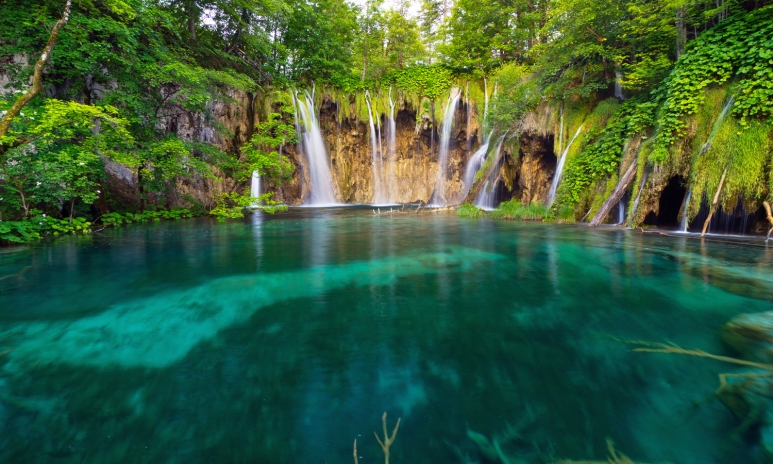 It might be hard to tear yourself away from the crystal-clear Adriatic, but Plitvice National Park is worth the drive. You don’t need much more than a day to explore the romantic setting, where hilly walking trails weave around 16 terraced mountain lakes, each pouring into the next.

The impossibly turquoise water flows over mossy riverbanks, creating waterfalls through the trees. It takes about six hours to see it all on foot, though you can also take advantage of park buses and boats to save time.

Where to stay? The area has mostly guest houses, with modest yet comfortable accommodations. The best option is the family-run Plitvice Villa Verde, which offers cosy rooms and impressive rustic dinners—think fresh seafood, roasted vegetables and homemade dessert. 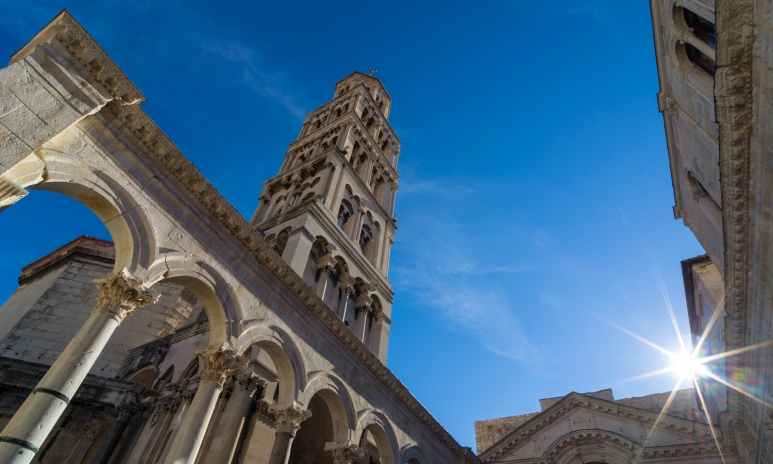 Along the central Croatian Coast, Split is one of the most inviting of Croatia’s many old towns. The labyrinth-like alleyways wind around ancient cathedrals and piazzas, while a convenient marina makes it easy to island hop to gems like Hvar, Vis and Solta.

Back in Split, wine bars and restaurants such as Zinfandel Food & Wine Bar, Bokeria Kitchen & Wine, and Uje Oil Bar will make you wonder why you’ve waited this long to taste Dalmatian cuisine. In the middle of it all is the formidable Diocletian’s Palace, a Roman fort-palace and UNESCO site that dates to the 4th century.

Where to stay? For a throwback vibe and thoughtful service, the Palace Judita Heritage Hotel features exposed stone walls, an alfresco courtyard bar, and traditional wooden window shutters, which open over a humming piazza. 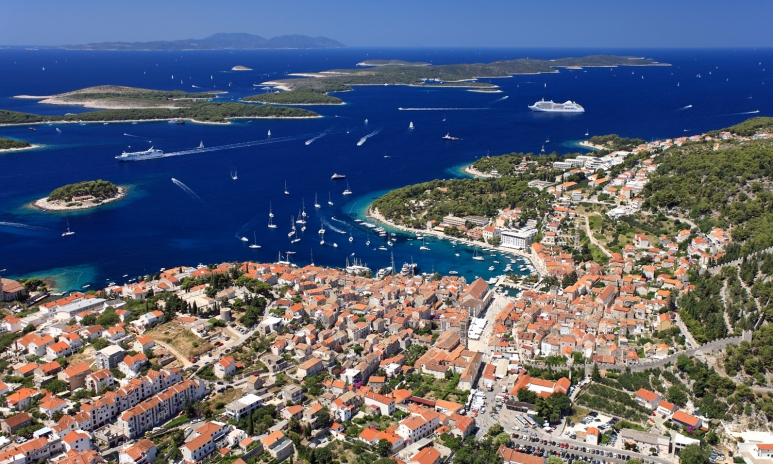 While Hvar Island (a UNESCO heritage site) gets all the attention these days, Split connects with dozens of other islands off the coast should you be looking for a quieter spot to soak up the sun. One of the best getaways is Solta, an oft-overlooked island that’s known for its olive groves, honey farms and vineyards.

To experience the best of Solta, book a private tour with Olynthia, a fourth-generation family-run olive oil producer. The owner will walk you through the island’s history—and 1,000-year-old  tree groves—explain the olive cultivation process, teach you how to properly taste olive oil (hint: take it like a shot), cook up lunch, and drop you by the beach afterwards.

Where to stay? The grand Martinis Marchi Hotel & Restaurant is housed inside a renovated castle on the island’s most prestigious port. The landscape, architecture and luxurious suites (just seven in total) will make you feel like royalty. 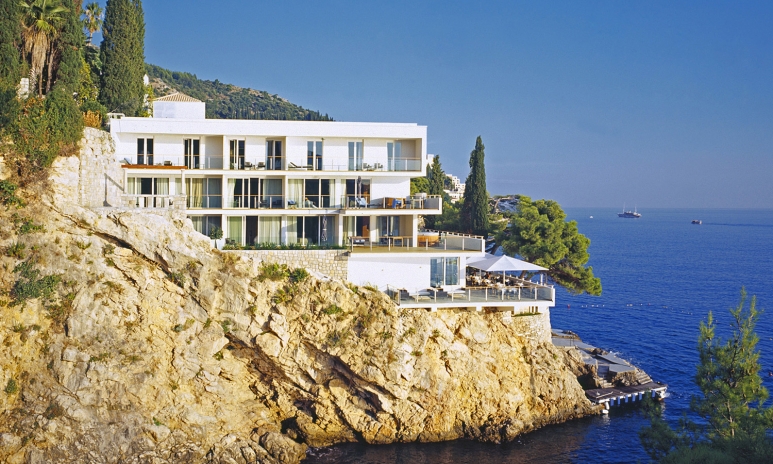 Autonomy looks good on Dubrovnik. Looking around the cinema-worthy Old Town, it’s no wonder Game of Thrones chose to film here. The marble streets and 16th-century baroque buildings have been so beautifully restored that it’s hard to imagine Dubrovnik was shelled just 25 years ago, by the Yugoslav People's Army during the Croatian War of Independence.

A walk along the fortress walls at sunset is a not-to-miss experience, offering views over the red rooftops and sea beyond. If you’re keen to dine like Bae and Jay-Z, book a tasting menu at Restaurant 360. Built into the fortress walls, the restaurant is considered as one of the best fine-dines in the city.

Where to stay? On the side of a cliff above the Adriatic, Villa Dubrovnik whisks guests down to its contemporary, all-white lobby via a private outdoor elevator in 007-style. From there, it’s ocean views, amazing Croatian wines, complimentary motorboats (in a mahogany Venetian water limousine, no less), and cliffside sunbathing at the hotel’s private corner of craggy coastline. Toast to your adventure at the rooftop bar, where handcrafted cocktails, local cheeses, and Adriatic sunsets await.

This article first appeared on hk.asiatatler.com.